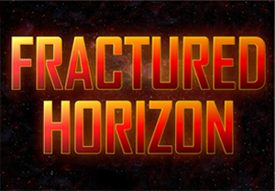 The novel Fractured Horizon has a large number of characters within the book.

The Royals have come to power by predicting the most advantageous courses, but for whom?  They exiled their greatest competition, the Adams and those most like them, the Snakes.