An exciting announcement about my debut print novel. Spread the word!

book one of the Plague Master series

is now available on Amazon.com.

“H.E. Roulo transports the reader to an eerie, futuristic environment. Her efficiency of prose will absorb readers of all ages. Macabre, frightening, but always hopeful.” -Philip E. Carroll, author of Shooting Stars and Flypaper Boy 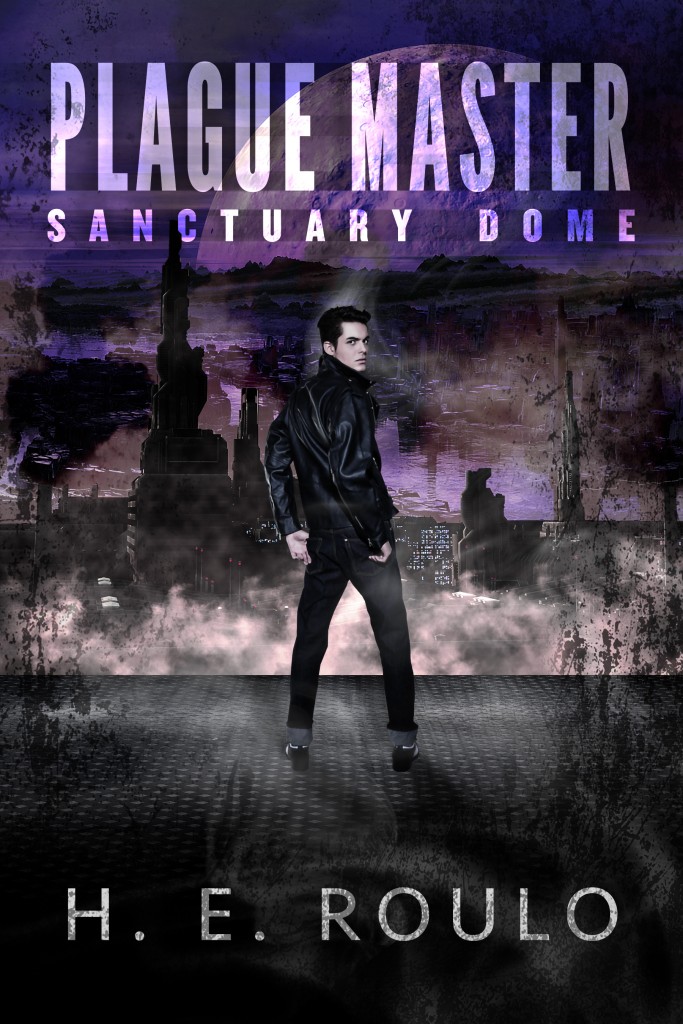 “PLAGUE MASTER by H.E. Roulo starts with a bang, is complicated by a kiss, and ends with a promise. This is a YA zombie love story like no other.” –Jennifer Brozek, Author of THE NELLUS ACADEMY INCIDENT and APOCALYPSE GIRL DREAMING. Hugo award nominee.

“A smart zombie novel with relatable characters you’ll be rooting for until the end.” -Emerian Rich, author of Night’s Knights Vampire Series

Here’s the book’s back cover blurb:

When Samantha’s brother goes missing, the trail leads to Julius Cerberon, the rich philanthropist who built a dome for the sufferers of mankind’s newest disease.

Can she really accuse the universe’s greatest humanitarian of murder?

Meanwhile, on a downtrodden planet, Trevor has the unenviable job of zombie bait. He saves his dream girl, but she is infected. He escapes to the domed utopia where the infected are quarantined until they change. Then the dome breaks and a planet’s worth of zombies invade.

And his girl could change any minute now.

“A perfect mix of classic sci-fi and zombie horror. Once you start, you are hooked!”
-Jake Bible, author of LITTLE DEAD MAN and INTENTIONAL HAUNTING

“H.E. Roulo’s Plague Master is fast-paced zombie sci-fi on a prison planet of the dying and the undead…” -Stephen North, author of Beneath the Mask.

Want a taste of the world? A new full-cast audio drama, that inspired a portion of the book, will air April 12th, 2015 from Omega Road Chronicles.