Writers long to find worlds and characters with a life of their own. I was fortunate enough to find that in several characters. 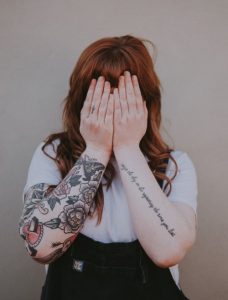 Photo by Annie Spratt on Unsplash

Cherry was created for a proposed anthology about tattoos and magic, but the story just got longer and longer and Cherry came into focus. The short grew into a novelette. Cherry became the titular character when someone referred to her as Grungy Retro-Babe. Not the greatest title for a book, but I think Cherry would like it. The anthology went on without Cherry’s story, but it was too good to forget and begged to be part of a larger work.

Cherry was so lively, it was easy to speculate on her backstory. She became a character in a shared magical universe set in a mall of shops. She works in the shop of a polyglot Minotaur who, rather humorously, has trouble speaking human languages–just his bad luck that’s what the world settled on. Here’s she learns the magic of glyphs and encounters a bit of blood magic that will become more and more enticing. (See Ink Dreams by Emmy Z. Madrigal for another story in that universe)

With her history established, and the action in Grungy-Retro Babe, as I was as surprised as anyone when Cherry doggedly refused to give up. She became the heroine in an urban fantasy set on Mount Rainier to be published in Meant to Be…Spooked in October 2019.

All these stories and more come together to form a thread in a larger urban fantasy novel tentatively titled Bloodborne.