I will not be attending DragonCon, despite my Parsec nomination, but I will get to enjoy the weekend at the local Penny Arcade Expo.

The text for Fractured Horizon has been sent off to an editor and I’ll soon discover just how deep the necessary cuts will be. As I’ve said multiple places, if you have questions or comments about the audio book, please let me know them now while I’m still able to use feedback to make the text even better.

I was recently covered in the local paper, which was a fun novelty. 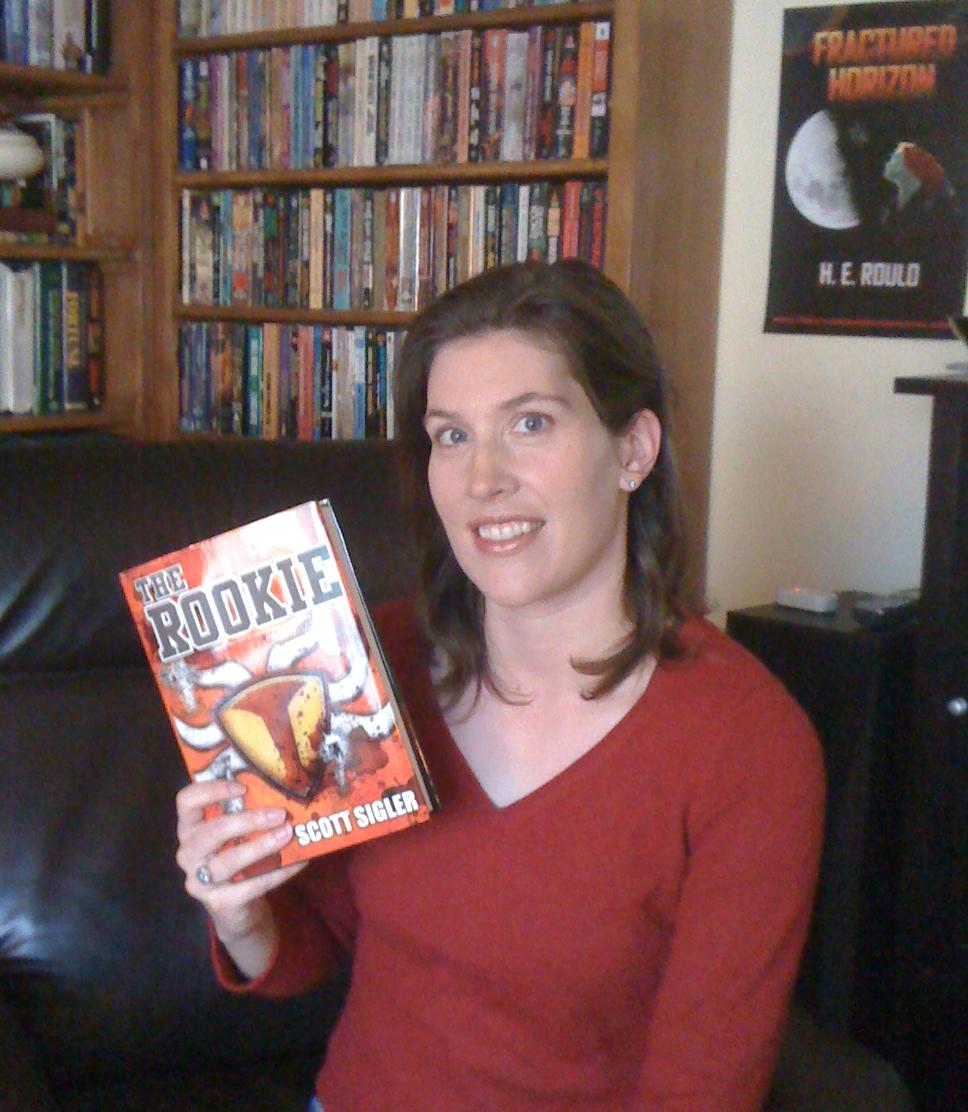 I got my copy of Scott Sigler’s The Rookie. I am a fan of his work, and his success, and enjoyed meeting him in person during his tour for Infected. Hard to believe that at that time I had just started podcasting Fractured Horizon and would later end up a finalist against him for this year’s Parsec Awards. (Perhaps you remember my nervous interview at SeattleIam.com around 3 minutes 40 seconds).

My short story and interview on Horror Addicts had a nice reception and I’ve recorded an entry for the Wicked Women Writer’s Contest that will air in October. I also added a t-shirt, mousepad, and other odds-and-ends to a prize package that is being offered with the contest. These stories were fun, but adding the sound effects late into the night made me dream about rats; that’s where I draw the line. I’ve had enough horror for now and am back to writing sci-fi short stories once more. I have enough for an anthology on Podiobooks.com or I may end up teaming up with a few other authors for an anthology.

I would like to report progress on the Fractured Horizon sequel, but there isn’t any. The sequel is entirely planned out, plus I have already written the series’ ending and it is too good to ever give up, but it’s going to take longer to get through than I’d thought. Instead, I am currently working on an entirely new book with a more general appeal.  The framework isn’t be as complicated as Fractured Horizon’s and might ease people into my writing.

As always, you can find me on Podioracket.com, on twitter as @hroulo.